Augustine Ang in Footscray, VIC, Australia organized a music/spoken word poetry event at the Dancing Dog Cafe! The money he was able to raise from donations, bake sale and a raffle went to Helping Hands Mission, a non-profit that runs seven opportunity shops across Melbourne and rural Victoria, providing emergency support to families and individuals who are suffering as a result of extreme circumstance.

Valentijn and Janneke Vogel-van Steenderen in Rotterdam, The Netherlands, Europe set up a stage at their Korean restaurant Alleegartje to celebrate a day of live music and great food, and to raise money for Straatsmensen (Street People), a local organization that prepares meals and collects clothing for people who experience homelessness. 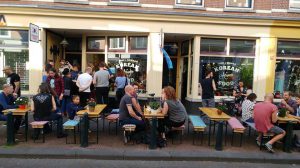 An information screen was set up to tell people about Unfuck The World and about the charity they were supporting.

Thanks to the crew and bands who worked/played for free Valentijn and Janneke were able to raise 600 euros!

Christine Boll was going to be back on board for the second time, organizing a vegan picnic at a local park in Tolga, QLD, Australia to bring awareness about animal cruelty and abuse. Unfortunately due to personal reasons, Christine had to cancel last minute, but we are sure she will be back in 2019!

Melissa Flores Pertacorta and her friends in Barretto, Olongapo, Philippines organized a big beach clean up. During the day, they filled dozens of large bags with trash, raked the sand and in addition, provided information about trash and recycling to anyone who happened to walk by. A beautiful example for a positive local action! 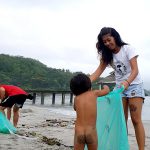 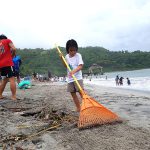 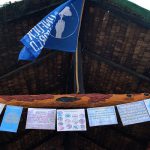 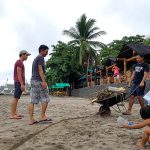 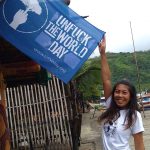 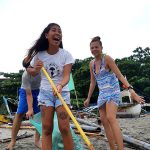 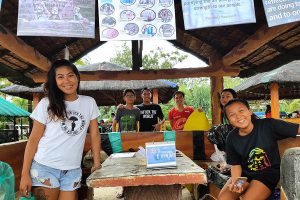 To find out how you can participate in UTW Day 2019, please visit Become A Host