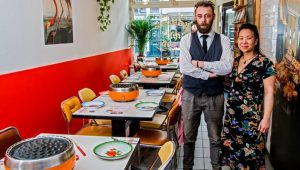 In the past years, our official UTW Day Co-Producer Valentijn Vogel and his wife Janneke in Rotterdam, The Netherlands used to organize concerts at their restaurant, Allegaartje, to celebrate Unfuck The World Day, and raise money for local charities.

Because of this year’s stricter regulations, instead of a live show, Valentijn and Janneke created a video reel with special performances by local bands. On Unfuck The World Day, the video played in a loop at their restaurant, so their guests could watch and listen to the music while eating dinner. You can watch the video here.

The restaurant proceeds from the day, 400 euros, went to support Isaak & de Schittering, a local food bank that distributes meals to those in need. 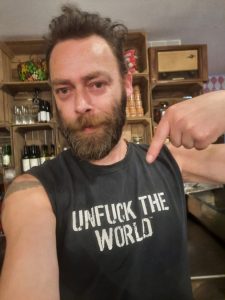 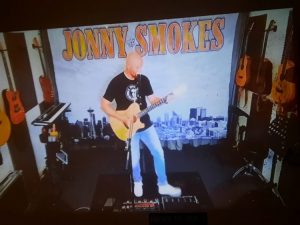 Jonny Smokes, one of the artists who submitted songs for the video. 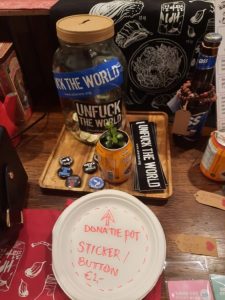 Guests were given the opportunity to make a donation 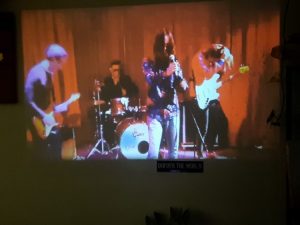 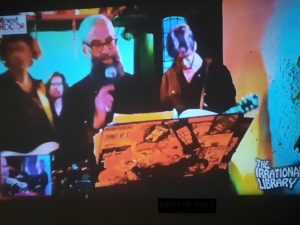 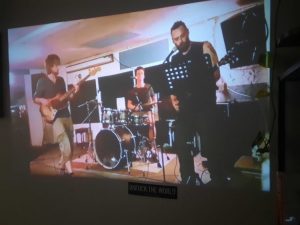 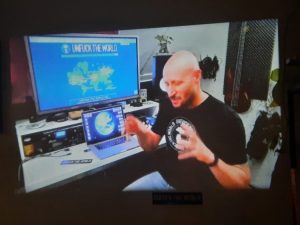 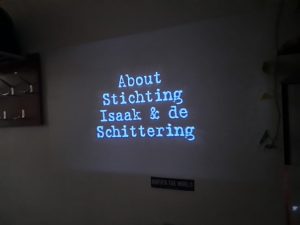