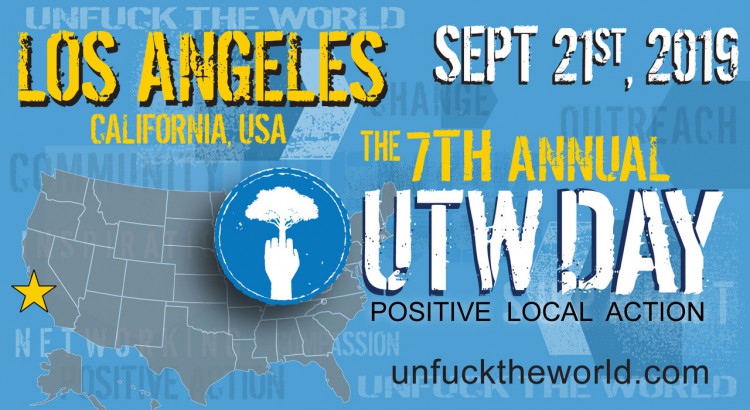 At the UTW Headquarters in Los Angeles we celebrated this year’s UTW Day with a big Community Street Cleanup, picking up trash along the streets and sidewalks of Hollywood. Because we care about where we live, and because we know we can’t wait until someone else does the job.

Despite the early morning hours – we were trying to beat the heat – 20 volunteers showed up; amongst them co-workers, friends, people who attend classes at our A Million Drops Learning Center, and a few strangers who had found our event on Facebook. 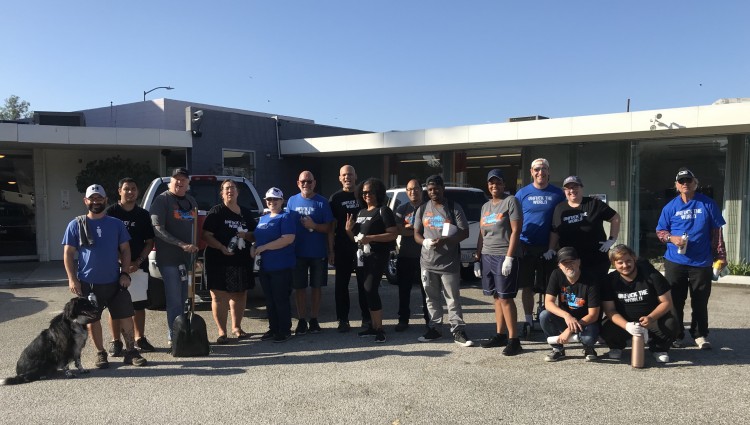 Our cleanup was well received. As we filled gigantic trash bags – provided for free by the City of L.A., along with rakes, shovels, brooms and gloves – with anything from cigarette butts and beer cans to take-out containers and some unidentifiable items, members of the community came out of their houses to thank us. My favorite encounter was with an elderly man who was carrying a ladder to a tree that grew on the sidewalk, bursting with small, orange fruit. Upon asking, he explained to us that those were jujubees, a sort of Asian date. The tree was very tall, and when I asked the man if he knew how old it was, he said: “I know exactly how old it is. I planted it myself, 30 years ago.” It really was a special experience, having a personal encounter with someone who had lived in the neighborhood for such a long time and seen its changes. 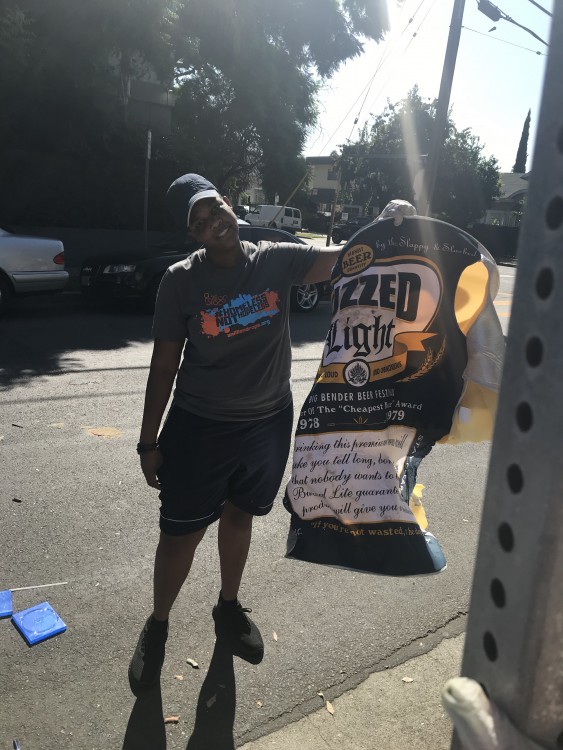 Look! A beer can costume …. 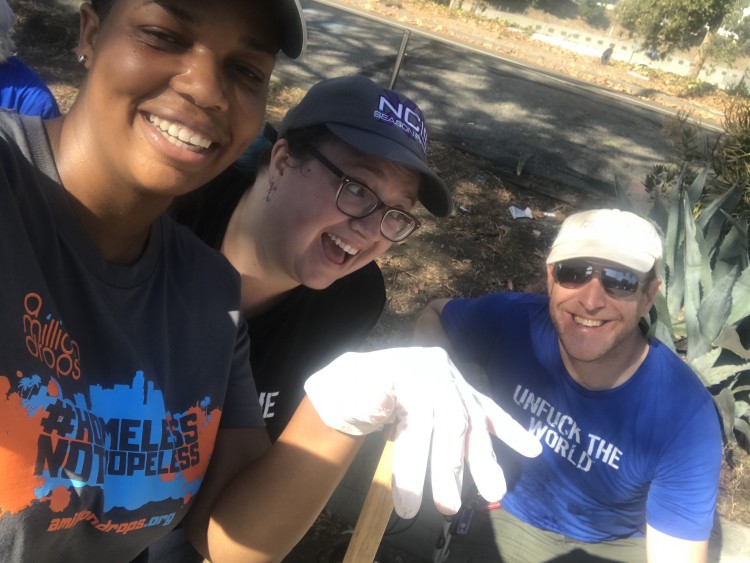 Dana, Jaime and Chris goofing around 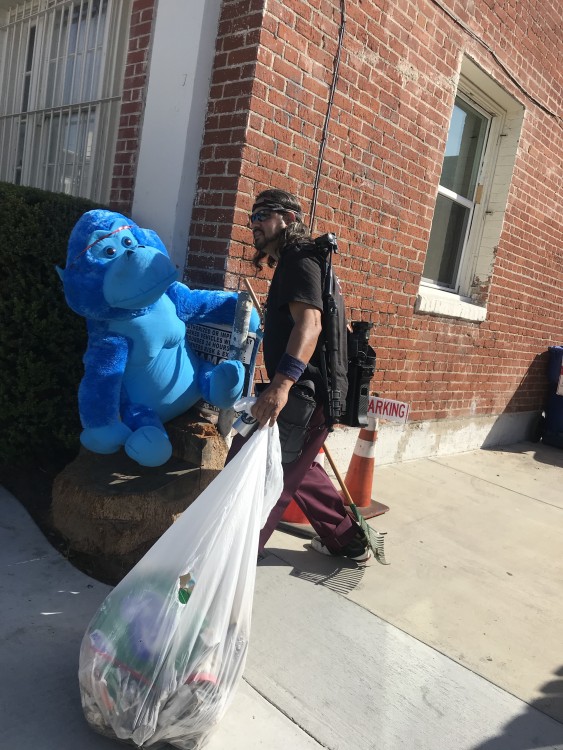 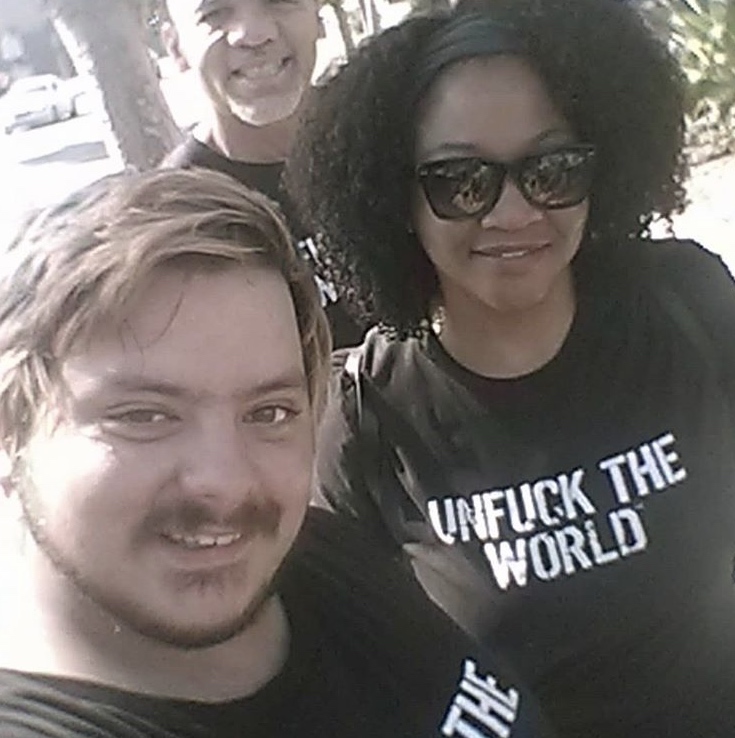 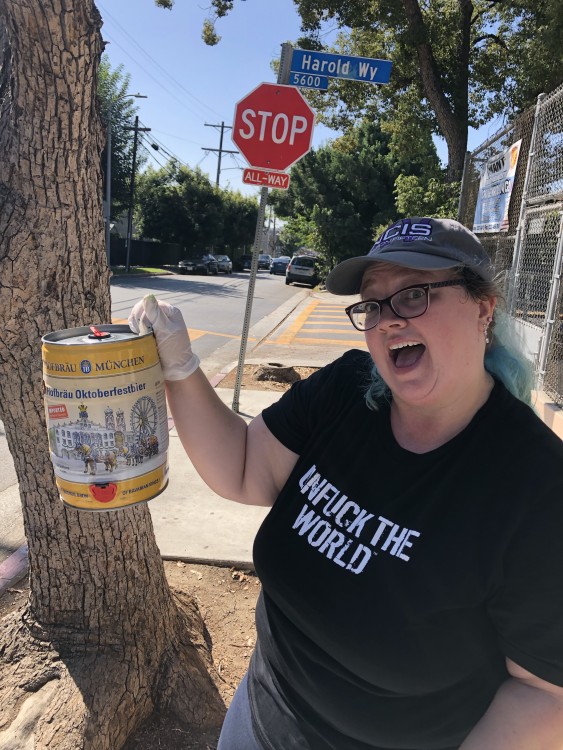 The odd things you find when picking up trash in Hollywood… 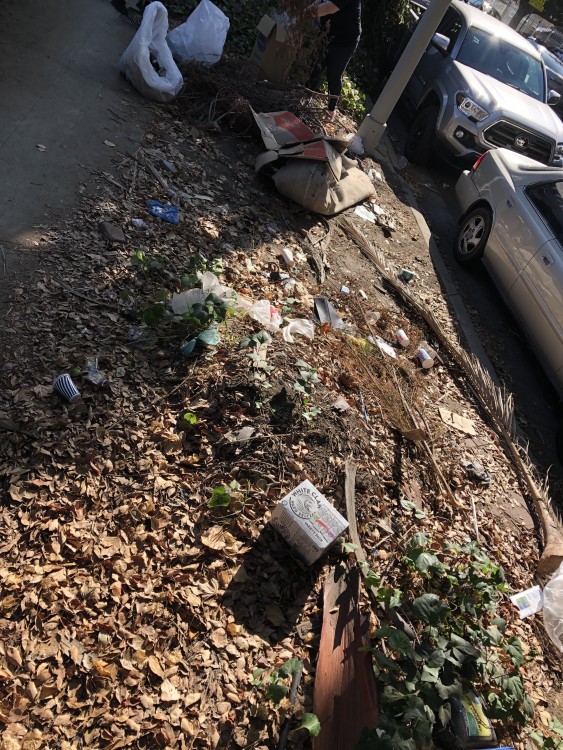 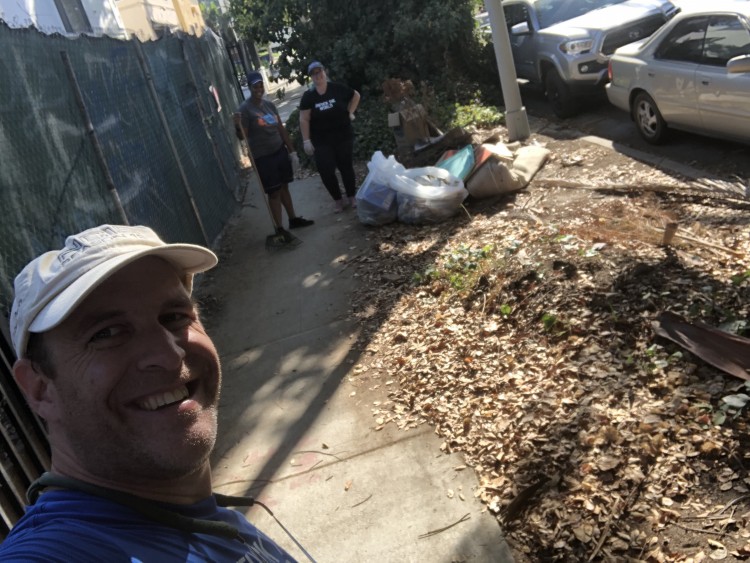 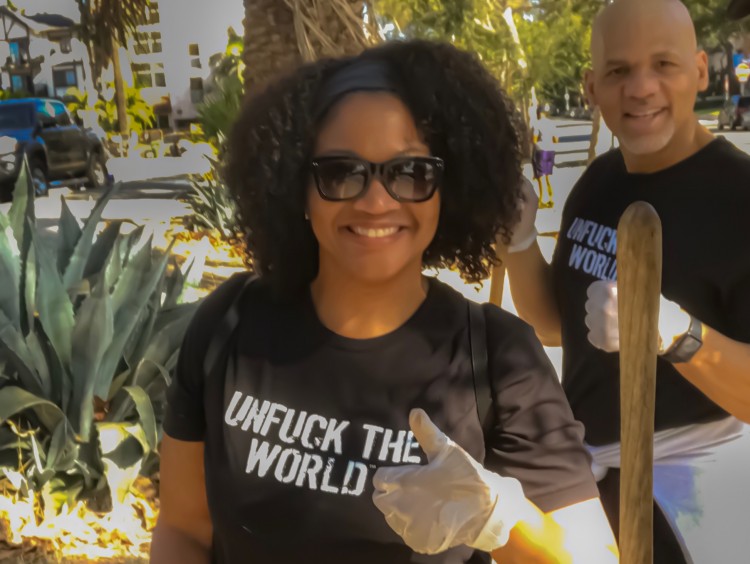 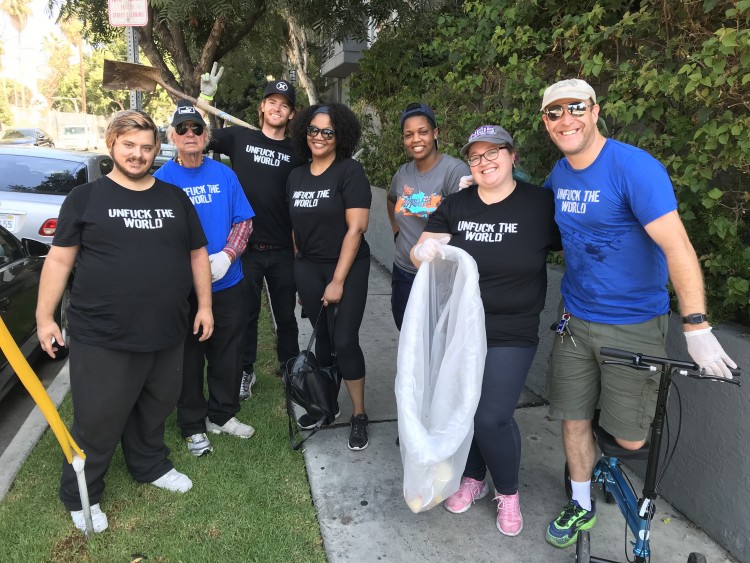 Not only did we connect with the neighbors, we also became friends the other volunteers, and after filling 30 large trash bags we decided to celebrate our accomplishment by sharing a meal at a local Mexican restaurant. We took over the patio and certainly gained attention in our Unfuck The World t-shirts. 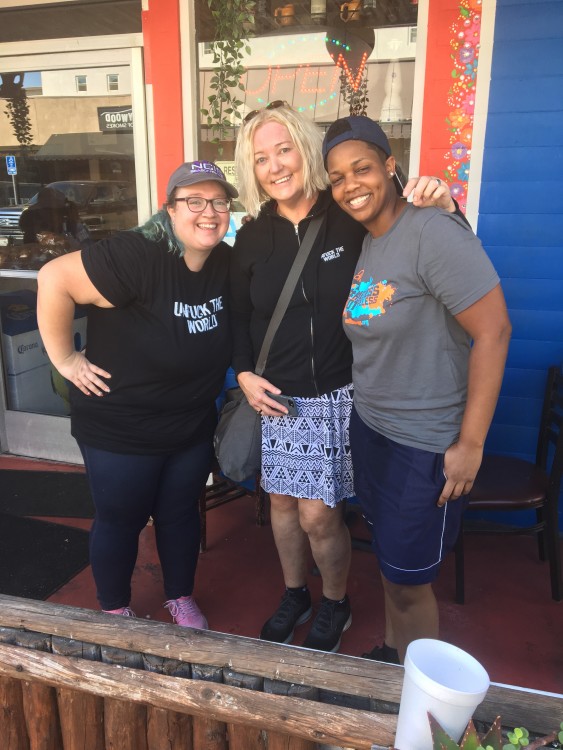 Ready for lunch at the Mexican restaurant 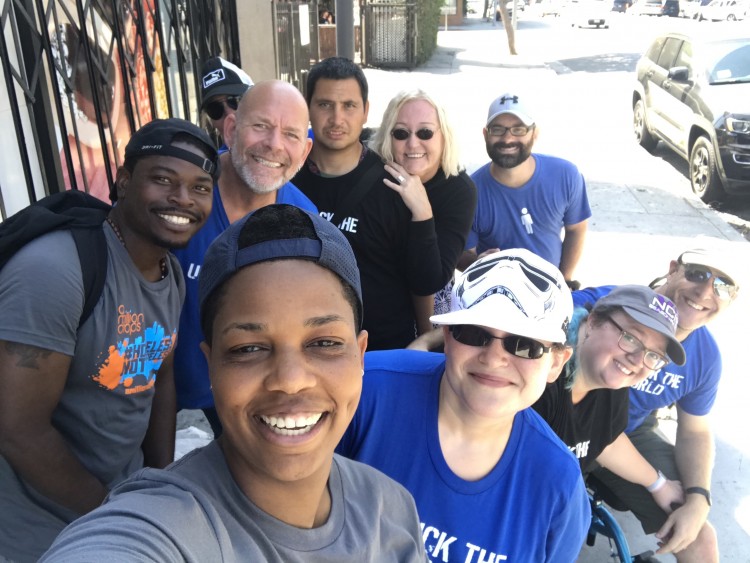 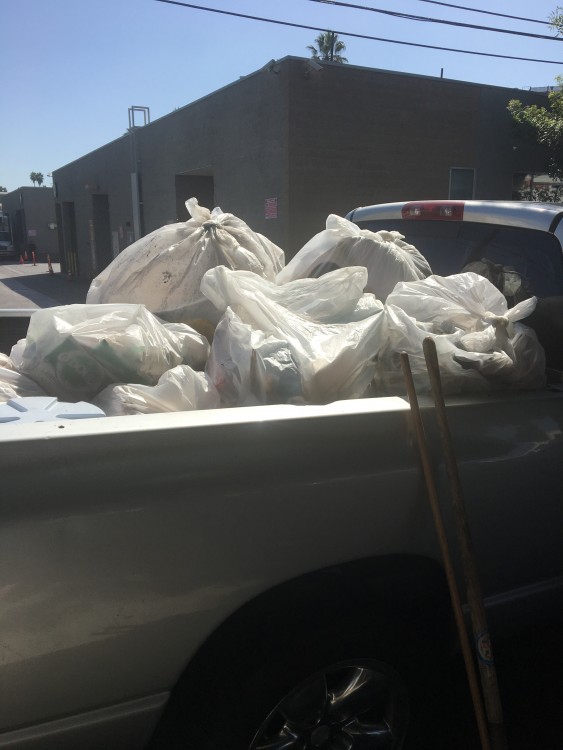 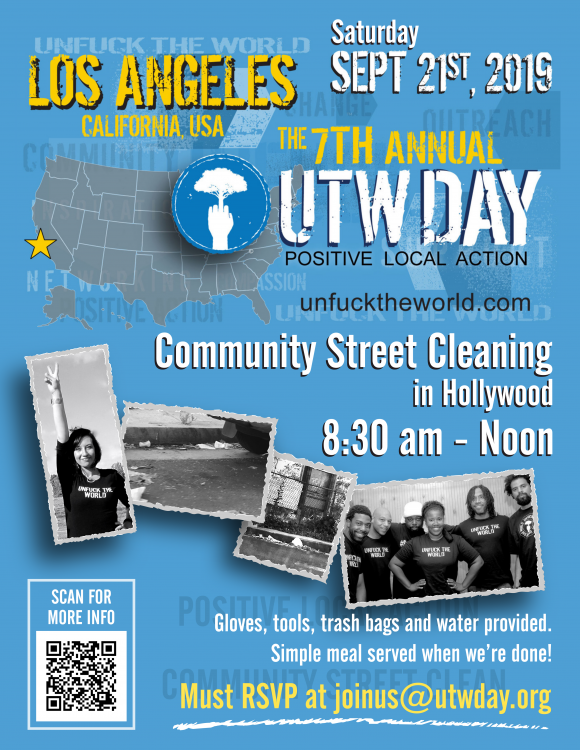