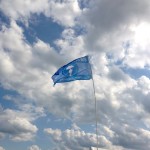 Where to begin? So much is happening, it’s incredible….

But one thing after another, and first things first: Only 4 weeks until Unfuck The World Day 2014! Yes, it’s true. It seems like only yesterday that we were crazy over our heads in organizing last year’s events …. what in the world were we thinking when we decided to do it again… haha!

The 2nd Annual Unfuck The World Day is coming up on Saturday, June 7, 2014. Again, there will be events in numerous countries around the globe, from Oceania to Asia, Europe to North America, with the flagship event taking place here in UTW’s hometown, Los Angeles. 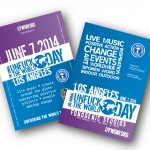 The still-growing list of cities that want to participate in Unfuck The World Day 2014 includes: 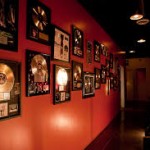 Day LA will be a day-long, zero-waste event open to all ages, featuring live performances on indoor and outdoor stages by bands, spoken word artists and DJs. Representatives of local groups and organizations that are taking positive action in Los Angeles will be there to inspire and network with people who are looking for a way to make a positive impact in their communities.

The ticket link is already up on our website, the line-up of bands and participating organizations will be released very soon. Please keep checking the website! 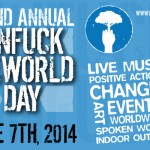 Another important thing that I almost forgot to mention: We just launched our fundraising campaign on Indiegogo and we are asking all Unfuckers for their support. Every dollar counts, no amount is too small and will help us help others and make a difference!

In this year’s campaign, we are giving away some very cool, one of a kind Unfuck The World merchandise as our token of appreciation, first time editions of hoodies and a very special, limited edition Unfuck The World shirt and tote bag featuring artwork by Love Vandal, an artist based in Shanghai, China! We hope you’ll love them! 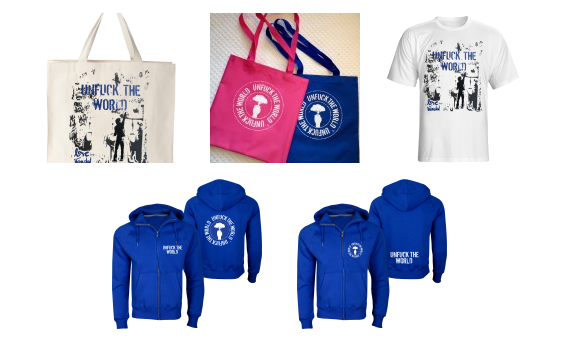 What “Unfuck The World” Means to UTW Supporters 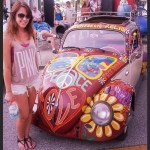 What does Unfuck The World mean to me? Acts of kindness, litter clean up, recycle. I try to be green. I am kind to everyone I meet. 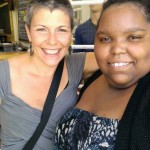 This is what I do to Unfuck The World: There are over 1.3 million child care givers in America that are a silent community. These youths who care for their parents, grandparents or legal guardians live in fear of asking for help as the current system in place will remove them from their loved ones. Since April I have been working to build an asset based community in South LA to address the problem & to support youth caregivers. In May, my friend Ron Finley, introduced me to Rianna Carter who has been a child caregiver since the age of 8 of both her mother, who has MS and her grandmother who is battling breast cancer. I have been working with Rianna to establish a community called: Rianna’s Invisible World to put programs & systems in place to create awareness & safe help for these child caregivers. Currently 22% of all high school drop outs are child caregivers & this needs to change. My Unfuck the World story is about helping this community of child caregivers using the assets of the community to support these children in school, at home and within their communities at large without fear of being removed from their homes. Namaste.