Finally…. we are ready to announce the UTW Day 2014 L.A. line-up of bands, performers and people who will be there to represent local charities, organizations and businesses who do good in the hood!

UTW DAY LA 2014 will be a day-long, zero-waste event open to all ages, featuring live performances on indoor and outdoor stages by bands, spoken word artists and DJs. Representatives of local groups and organizations that are taking positive action in Los Angeles will be there to inspire and network with people who are looking for a way to make a positive impact in their communities. In addition, we will have live art, food vendors and a kid-friendly crafts area.

Our UTW Headquarters L.A. team is currently finalizing the line-up of performing bands and artists; here are some of the fantastic acts have been confirmed. 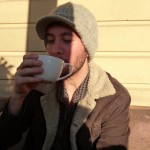 A couple of months ago, we received an email from Macajey, an artist based out of San Francisco who reached out to us because he wanted to be part of UTW Day.

We immediately fell in love with his music and were happy to hear that he and his wife, Estonian fine artist Karmi, decided to go on a little road trip to join us for UTW Day in L.A. 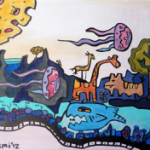 As an extra bonus, while Macajey is performing his beautiful, atmospheric compositions, Karmi will paint live, and anyone who has ever watched a painter create a piece knows how exciting it is to witness the process. 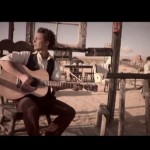 Back for an encore will be actor, director and musician Rob Tepper. The ones of you who came to last year’s UTW Day L.A. event will remember his performance as Woody Guthrie. Last year, Rob was joined by actress and singer Allison Scagliotti (Warehouse 13) as Woody’s wife Marjorie, and rumors have it that for this year’s performance, Rob put together a full band… 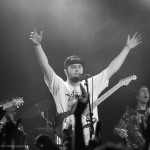 Since 2012, San Francisco bay area based band Dewey & The Peoples have been playing shows all over California, bringing their happy fusion of blues, jazz and west coast influenced reggae/ska to the stage. Their goal: to send a positive message and spread good vibes! 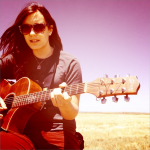 San Pedro, CA native Alicia Murphy is not only one of the awesome members of our UTW Day L.A. team, where she is in charge of the zero-waste and water department, she is also an amazing singer-songwriter who just recently toured the West Coast, performing her all-original songs with a fierce rhythm guitar, kick-drum, and harmonies, supported on vocals and percussion by her sister Sé … 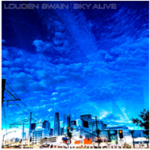 Louden Swain will be taking the stage to deliver one of the powerful performance that they are known for, and we couldn’t be more excited! Such a fantastic live act, and super nice guys! This year, the L.A. band spearheaded by actor Rob Benedict, who is not only known as Louden Swain’s frontman but also from his roles in films and tv shows like Supernatural and Felicity, is going to perform tracks from their new album, “Sky Alive”, as well as some of their classics. 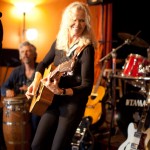 Kriss Light, a third generation musician from L.A. who has performed with country and southern rock music icon Charlie Daniels and Buddy Arnold and his Jazz All Star Band, moves effortlessly between the genres of popular music, from roots to jazz to folk.

For her performance on UTW Day, Kriss will be joined by Tom Gramlich on guitar and Bob Applebaum on Mandolin. 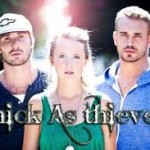 Thick As Thieves from L.A., a band blending rock, hip-hop and pop music, have toured extensively throughout the Midwest, Mid-Atlantic, Northeast, and West Coast colleges, opening for national favorites such as Imagine Dragons, Nas, Empire Of The Sun, Matt & Kim, Young the Giant, 21 Pilots, Wale and more. Locally, they have played the Sunset Strip venues in support of their EP “These Days”. Currently, the band is in the studio, writing and recording new music for an upcoming release. 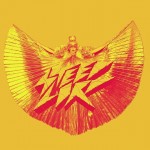 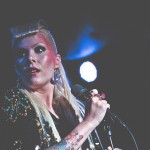 Iceland is in the house and I couldn’t be more excited! I had the chance to visit this unique country of extreme contrasts and a myriad of musical talent twice, and to have a band from there perform on UTW Day L.A. is a personal dream of mine come true!  Steed Lord is a musical force known for cutting edge creativity and electrifying live performances. With the charisma of vocalist diva Kali and the hard grooving production by brothersEddie and Mega, Steed Lord is an unstoppable musical art project driven by the passion of the Icelandic trio.

Come see them live on UTW Day 2014 in L.A. to experience the full power of Steed Lord’s music and their magical visual world! 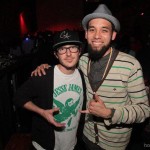 We are also welcoming back Drew Imagination whose artist name is more than a pseudonym. It’s the philosophy that guides his art. 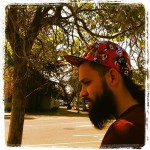 Originally from Guam and Hawaii, Drew Imagination has developed  eclectic interests that have led him to spoken word poetry and hip hop, encouraging civic engagement through self reflection.

This year, Drew will hit the stage together with DJ Cannon, his latest collaborator, and he will also be one of the emcees throughout the day… 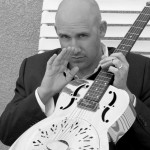 More bands to be announced…

More bands are being added to the line-up as we speak; tickets just went on sale; you can get them online at a discounted pre-sale price, plus they are also available in our Indiegogo fundraising campaign. (Check the Ticket and Indiegogo Links on the right!)

UTW Day L.A. is not just about music, we also invited a variety of groups that do good work in our local communities to introduce themselves: 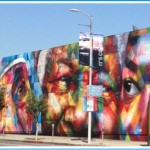 If you are or know one of the thousands of homeless lesbian, gay, bisexual, transgender or questioning young people without a home, the Gay & Lesbian Homeless Youth Center on Highland Ave. in the heart of Hollywood can help. 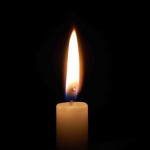 The volunteers for Monday Night Mission don’t meet just Monday nights, but five nights a week, every week, Mondays through Fridays, to feed our homeless brothers and sisters on Skid Row who were turned away from the shelters.

Anybody can join the Monday Night Mission, volunteers are always welcomed. Just check their Facebook Page! 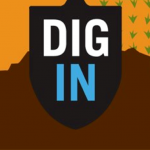 Originally founded by Florence Nishida, Vanessa Vobis and Ron Finley, L.A. Green Grounds is a grass-roots, all-volunteer based group in South Los Angeles, that brings groups of diverse people together to replace residential front lawns into edible gardens to be shared with the neighborhood. They focus on serving geographic areas with scarce access to fresh, affordable food.

Give a Beat serves as a catalyst to transform the positive energy of global dance music culture into meaningful interactions that build community and generate social good. Through active collaborations with music producers, promoters, artists and socially conscious companies, they raise awareness of pressing issues and injustices at live music events and through online platforms.

Give a Beat partners with organizations that use music as a tool in helping vulnerable populations in the U.S., such as parolees, the incarcerated, foster children, at-risk youth, homeless and veterans to support and initiate economically empowering programs. Give a Beat believes every person deserves compassion, love and forgiveness; a second chance. 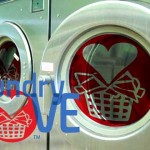 Laundry Love is an initiative of JustOne in partnership with individuals, groups and local laundromats throughout the U.S. The LL initiative helps to wash the clothes and bedding of individuals and families living in poverty. From the infant to the aged, and across a broad spectrum of ethnicity, culture and personal story, LL seeks to nurture the well being of each person through networking and friendship. 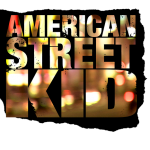 Filmmaker Michael Leoni spent five and a half years interviewing kids on the streets ofHollywood. Kids that were abused, abandoned and neglected, sleeping under freeway passes, begging for food and selling their bodies to survive. Determined to share their stories with the world and to make a difference, Michael created American Street Kid, a story of hope, friendship and the undeniable, life-changing effect of knowing someone cares. 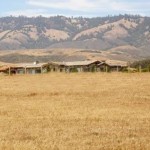 The Clear Skies Ranch assists recovering addicts with their integration back into society through work experience and skills training provided on a ranch facility with rescued animals. Their goal is to keep their environmental footprint as small as possible and not only to be self-sustainable, but also to be able to trade their excess of seasonal harvest at a local farmers co-op for other dietary needs.

Please check back; we will update the website frequently as more info becomes available, and we are looking forward to meeting you in person on June 7!

Get your tickets now!