Weekly News From The UTW Headquarters

Imagine there were standard mileage rates for using a bicycle ….

According to Reuters, France has started a six-month experiment, paying people to cycle to work. Three birds with one stone, or as we say in Germany, three flies with one swatter: boost people’s health, reduce air pollution and cut fossil fuel consumption. 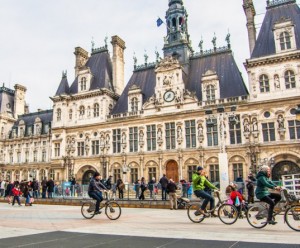 In France, some 20 companies and institutions employing a total of 10,000 people have signed up to pay their staff 25 euro cents (34 U.S. cents) per kilometer biked to work.

Other European countries, including the Netherlands, Denmark, Germany, Belgium and Britain already offer incentives for biking to work, such as tax breaks, payments per kilometer and financial support for buying bicycles.

71 year old Cecilia Batis visited our Unfuck The World Day 2014 event in Vancouver, WA. She liked what she saw! 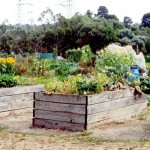 “60 years of organic gardening and recycling which are a way of life, now more than ever. We just sold our home and downsized to an inner-city, low-income, senior apartment.

I have six beds at a community garden. I grow totally chemically free and raise enough food for my husband and myself with lots left over to share with my elderly neighbors who are not physically able to garden. I also, along with a neighbor, do my best to keep up with picking up the trash around the hood. 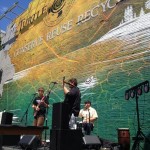 One of the bands performing in Vancouver on UTW Day 2014

I am 71 in a couple weeks and my husband will be 77 in July. We are very concerned about the fate of our planet unless all of us get our shit together.

I just found out about Unfuck The World by attending a local festival only a block from our apartment. Heartwarming to see so many young people who share our concerns.”

It is really wonderful to see how the message of UTW is spreading and how many different people from all walks of life support it!

This just in from Olongapo City, Philippines 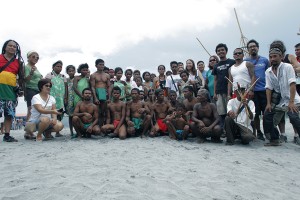 UTW Day organizers and members of the Aeta People

Our UTW representative in the Philippines, Gershom Pertacorta, skyped us yesterday with the exciting news that members of the indigenous tribe of the Aeta People, inspired and encouraged by their participation in this year’s Unfuck The World Day celebrations, have organized a rally to raise awareness of the fact that land developers are taking away the land that they have lived on for thousands of years. We will keep you posted as updates come in. Here is a helpful article if you would like to find out more about the Aeta People.

For more stories and pictures from the global events on UTW Day 2014, please visit our home page!